This is one of those “when we were young” stories. And it dates back to last century. It was 1996. I was a young student. I know people think I belong to the Mughal Age (that too from the age of Babur), but I claim to be slightly younger. So this younger me along with a number of my friends (who were also younger) was on my way to Palamau. This was a sponsored trip – we were going as a part of a medical team. Be not afraid, we were not doctoring. Our job was strictly limited to distribution. There were two doctors (also our friends) who would be prescribing and we would distribute the free medicines to the poor villagers. We had ten days of hectic and intense experiences which taught us much about life.

[The apology: There was one camera with us. It was a very simple point-and-shoot ‘film’ camera. The digital age was yet to begin. The exposed film (the negative) was lost right after the trip by the doctors. And the prints that I had were borrowed by one of my friends. It has since vanished like many of my memories. So the photographs I am giving here are purely for visual information and they are borrowed from the internet. I believe in due acknowledgment, and each photo will have the source along with it. The only regret is that these show the current scene, most of them fail to show the amazing place that I remember.]

Poor is a term we use loosely. We saw poverty at Palamau as we had never seen before. There were villages within the core forest area (this is a tiger reserve and elephant herds are commonplace) which were only accessible on foot because no vehicle is allowed there. Our ambulance could barely go through those impossible tracks. The nearest medical facility would be eight hours walk, and the nearest hospital another 3 or 4 hours on a crowded bus that leaves about thrice a day. There are no schools. There is no law. These tribal villages probably are an inconvenience and are quickly forgotten by all the powers that be. The presence of this NGO which initiated this effort along with the Palamau Tiger Reserve authorities was the only lifeline for a long time. Recent information reveals that some developments have taken place, I hope some benefits have reached these villages.

We stayed at two Forest Bungalows mainly. One was in Baresanr and the other one was in Maromar. 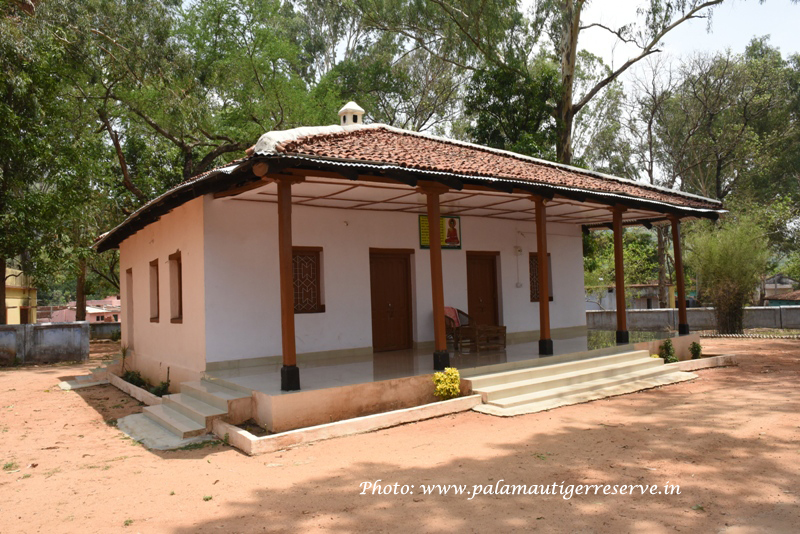 We were slightly unhappy as the Treehouse in Maromar was not available since the Assistant Conservator of Forests was visiting and inspecting. 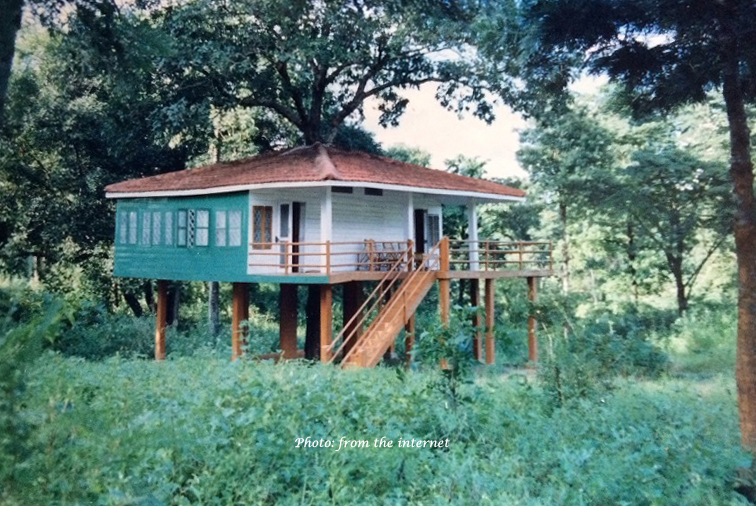 He was accompanied by a very young British lady (even younger than us then); a fact which added jealousy to our disapproval. But the other Bungalow was just as picturesque. 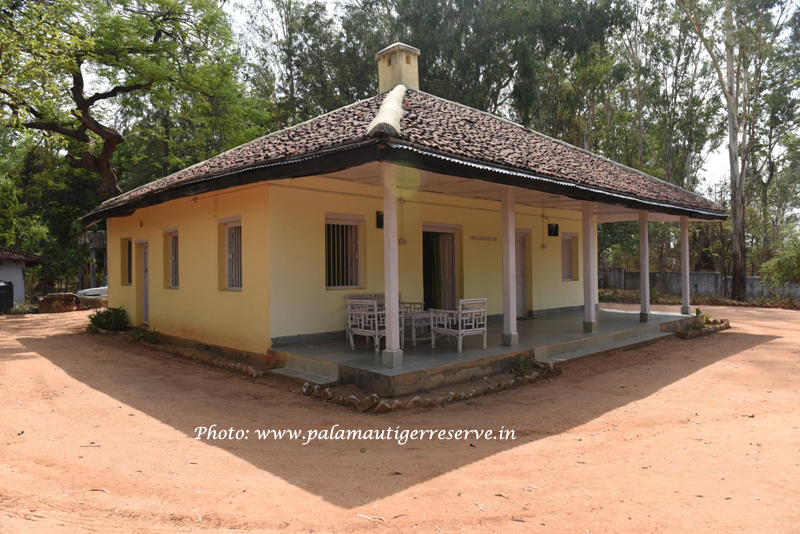 These were located in a very dense area. From the Baresanr Bungalow the small village was about a kilometre away. Maromar was even more remote. The villages surrounding it were far. In fact, I remember one journey in which I saw a ‘locked’ forest path! There was a thick chain which secured a path going into the jungle from the only proper road in the Reserve Forest area, there was a huge iron lock on the chain and a man was sitting there with the key. He had been sitting there from early morning having no clue when we will come and would remain sitting until we came back. We came back about 4 hours later. Let me remind you, this was a very dangerous area. And this man would be sitting all alone with the key as his only companion! Such is the dignity of labour in our country.

I can distinctly remember sitting in front of the bungalow, looking at Huluk mountain and distant sounds of madol coming from distant parts of the jungle. It was the time of Sarhul – the celebration of the beginning of the tribal New Year. We danced with the villagers and stopped quite soon as it proved to be extremely tough. 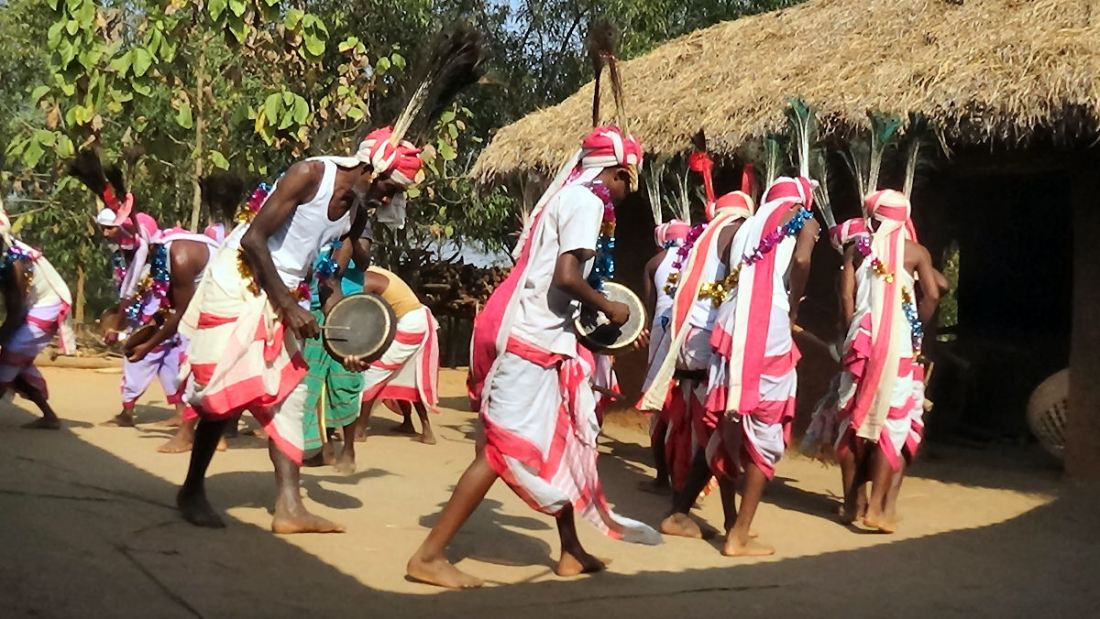 We were rewarded with the locals offering us this milky liquid. We could not refuse. It was curdish and slightly sour, but very refreshing. 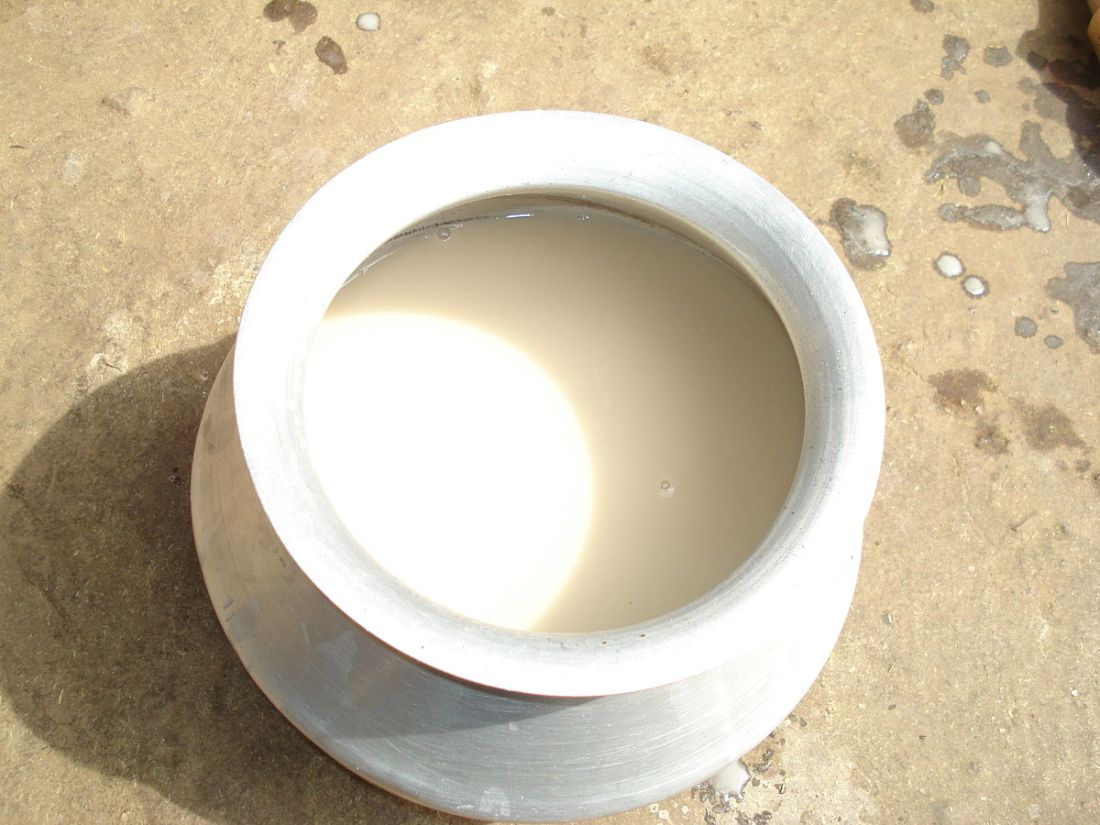 Someone later told me it was handiya, the local liquor (not that it would have stopped us from partaking).

I remember those days vividly, though the names of most villages I have forgotten. Bharat-ji, our driver, was efficient and a simple man. He took us to unreachable destinations. Navigation in those forests is seriously difficult. But he casually took us to places we never thought could exist.

It was the year of the Hale-Bopp comet which we could see with our naked eyes shining in the night sky along with the magnificent Milky Way. There was no electricity anywhere around. The large stationary – at least to our untrained and wonder-struck eyes –body of brightness  stood out against the stars. We could see the comet and its geography quite plainly. We could see the nucleus, the faint coma and the tails clearly. Hale-Bopp had two trails, the regular dusty one and another one of sodium. 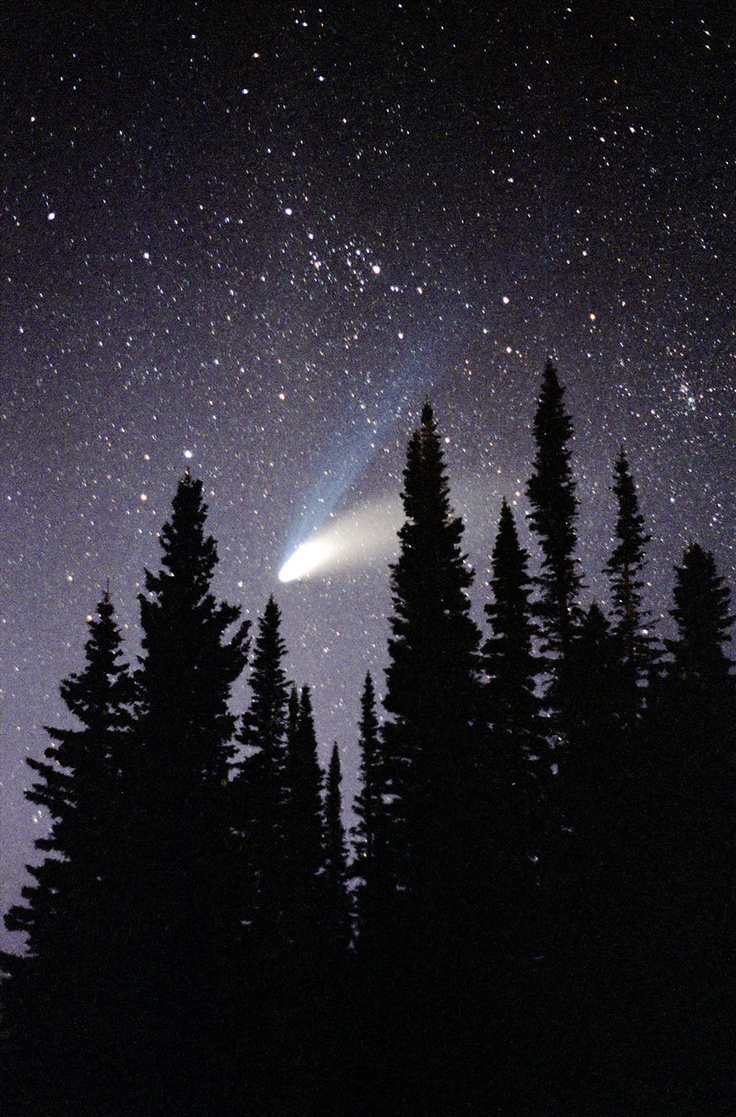 This was one of the most fascinating experiences of my life. Unlike Halley’s Comet, no one knows when Hale-Bopp will return. On our first night a village elder came to visit us. This elderly man was extremely respectful, praised our high castes (in his conception a medical team could not be otherwise) and shared his deep unease as the Comet surely foretold a terrible event.

The one terrifying thing we encountered was a couple of elephants taking strong dislikes towards us and trumpeting that in no uncertain manner. We were returning from one of the farthest villages. The two doctors were sitting in front and the three of us – one poet, one scholar, and one me – were sitting at the back exhausted. The village was a little more prosperous than the other ones; apparently one Prime Minister of the country had once visited this place. This fact was proudly advertised and as proof we were shown the only toilet in the region which had a commode! Apparently the Indian democratic royalty were always used to Western comfort in their most private moments. Sitting in the courtyard we could hear elephants conversing throughout the day. We had expressed our wish of seeing them, but the locals had been less than enthusiastic. Elephants, apparently, were not quite the happy curiosity to them. In fact, the day was also filled with clamorous sounds designed to keep those pachyderms away. On our way back, it was almost dusk and the light was dimming, the ambulance suddenly came to a halt. Then it moved forward quite quickly. We had moved into a herd of elephants crossing the path. The photograph below somehow presents my exact memory. 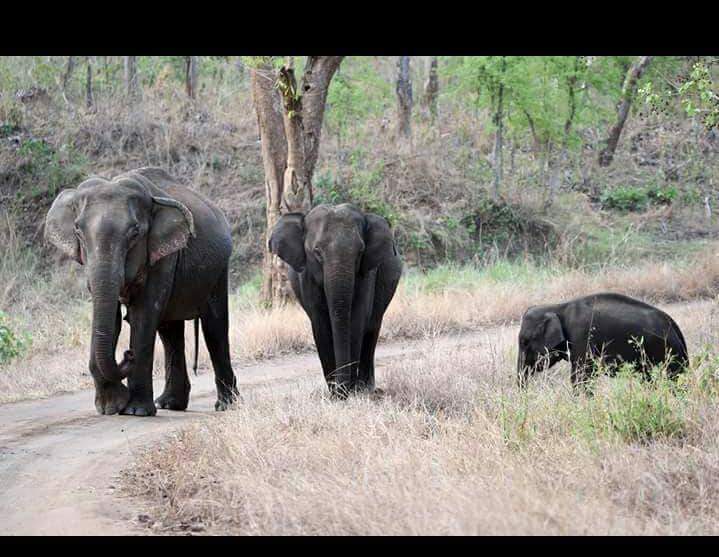 From the back we could see at least twenty. Almost at the end of the line was a huge one with a couple of tiny babies orbiting her. The baby elephants behaved exactly like frightened human children – we were apparently not quite welcome and these babies were probably told stories of how humans eat baby elephants that refuse to eat! To our great discomfort we saw our vehicle moving in reverse gear, towards the elephants. The mother saw this, and then ran towards us. Our vehicle stopped, as did she. She kept a careful watch on our movements. After a while she decided we were not to be wasted time upon and started to retreat. I don’t know whether by mistake or not, the ambulance also started to move, and the movement was again in the direction of the elephants. This infuriated the mother. She trumpeted loudly and charged, this time for real. It was nothing like the earlier one. That one was a warning. This one meant business. A charging elephant looks uncannily like death. Thankfully our driver was not unnerved. The forest path probably still remembers our ambulance flying! After about ten minutes we stopped. While we were breathing a sigh of relief, we saw a Tusker run away from us about six feet away from the window. It had apparently charged at us. We had no idea, but our doctor friends probably found out how one feels when one has a heart attack. Bharat-ji the Great saved the day once again. He did not stop. The elephant was only testing us. Seeing that we were not stopping it changed its mind and ran towards the forest on our right flank. That’s when the ambulance stopped and we at the back saw the Tusker running. It was a lone male. And we all know how unpredictable lone males can be. After that everything else seemed uneventful. 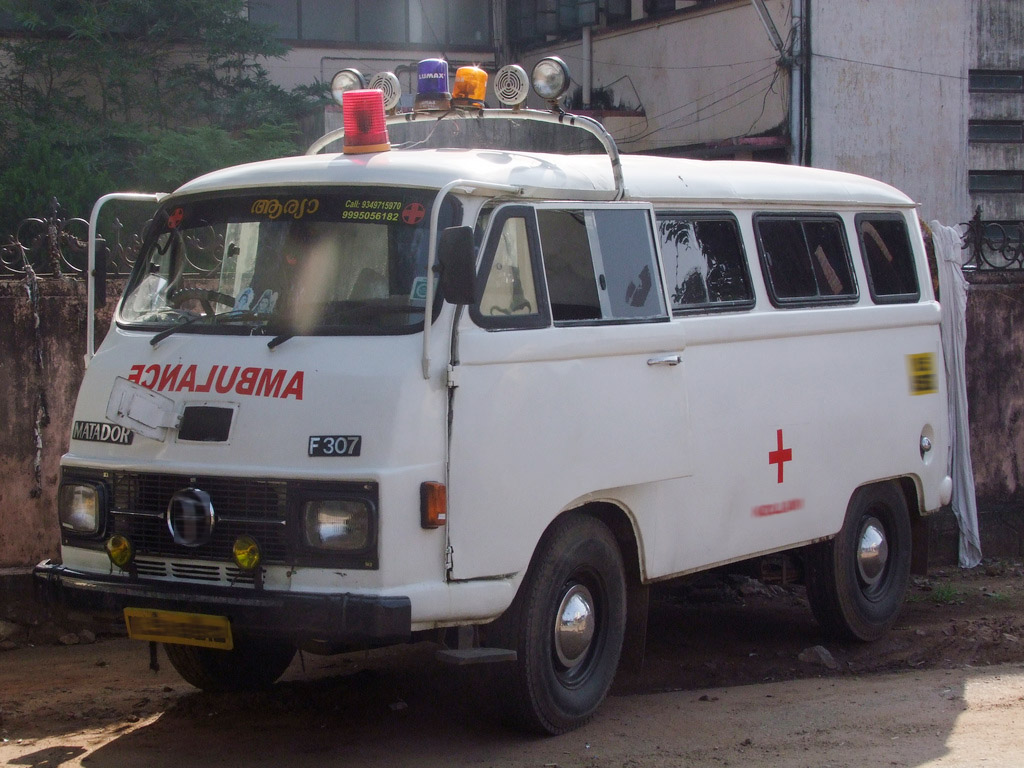 There were many memorable incidents. One amongst them was both funny and sad – more of the latter unfortunately. The poet amongst us spoke excruciating Hindi. In fact, he was painfully aware that his Hindi was anything but. So it was my job explaining to the villagers what the prescriptions (written in English) said and he would bring the meds and distribute as per my instruction. And after a couple of days he got frustrated with his silent role (and apparently one of such minimum importance). People did think I was the smart one and he was a kind of half-wit. His poetic aura did not help. Finally he concluded that it was his inhibitions that were stopping him. Always a person of action, he caught hold of a village kid (one that could not run away) and sitting under a tree spoke heaven knows what for a solid half hour. After that time he became suspicious of the boy’s lack of reaction, for his flow of Hindi of that moment was even shoddier than the infamous Bengali version. And we discovered that the boy was deaf. That was the end of his Hindi-speaking career. To this day, he has not spoken the language consciously.

There was another in which we three were asked to treat an elephant. This was the Conservator of Forests (the highest rank over there) and the doctors were busy elsewhere. Unwilling to let go of the doctor tag we avoided disaster by pretending it was a very minor thing and the other two should do such vetting. Later I found out from one of the docs that an elephant’s physiology is exactly like a human (both being mammals, though I seriously would not want to be an elephant’s ENT specialist) and it is the weight of the animal in question that would alter the dosage. Otherwise the same medicines would work. If a human needs Calpol 650, an elephant would need … (you do the math).

However, the episode I am going to finish with is of a different flavour. This was our penultimate night in the forest. We stayed in the Forest Bungalow at Kerh. Only a little distance from Daltongunj, this one was situated right over the highway. 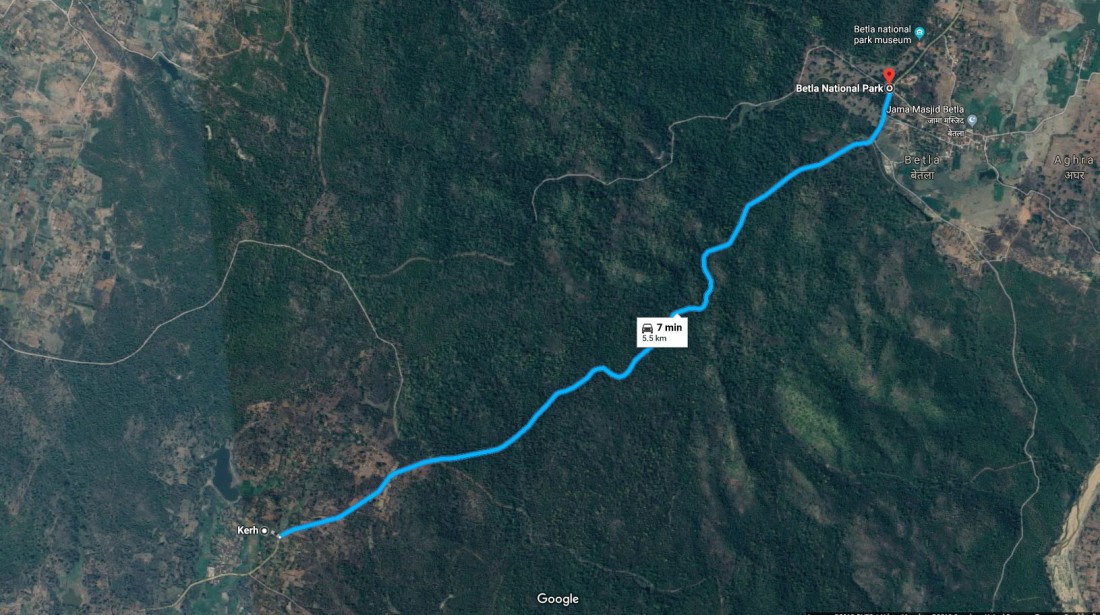 Compared to the other places this was densely populated. We dined under an amazing moon and then went to bed in the typical bungalow bedroom. And to this day I don’t know why, I didn’t sleep at all. Throughout the night I was terrified of something unknown! It wasn’t the caretaker’s (Karam Mahato was his name) warning against going outside in the dark (that was a common warning). There was nothing rational about it. All night I sweated under a blanket, it was June or July, but sleep never came. The other two admitted similar apprehensions later. I still don’t know from where the fear came. Perhaps it was a farewell gift from the jungle, perhaps there was something there. But I am very glad that I did not find out. That might have created more problems.