How well can you know a city?

But can you know a city?

We all have our own geo-political locations. We are all taught to be fiercely proud of it, to defend even the indefensible about it, to celebrate it, to glorify it and so on. The local in us is far stronger than the national or the global. We might be fascinated by the latter two, we might feel the need to negotiate their ideas and ideals, or even their politics, but the local never leaves. Even if you leave, you carry the local. You carry your city. 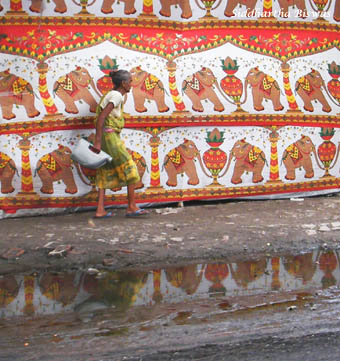 But do you know that city? What you know is what you know. There might be a whole existence beyond what you know. On top of that, the city toys with you. It changes. It evolves. It has a life of its own. Every time you look at it, it may not give you the same face.

This post is about nothing much (quite like all my other posts). This one will not give you necessary or unnecessary information. All it will offer is a collage of images; random ones from different parts of time. The only link – Kolkata. 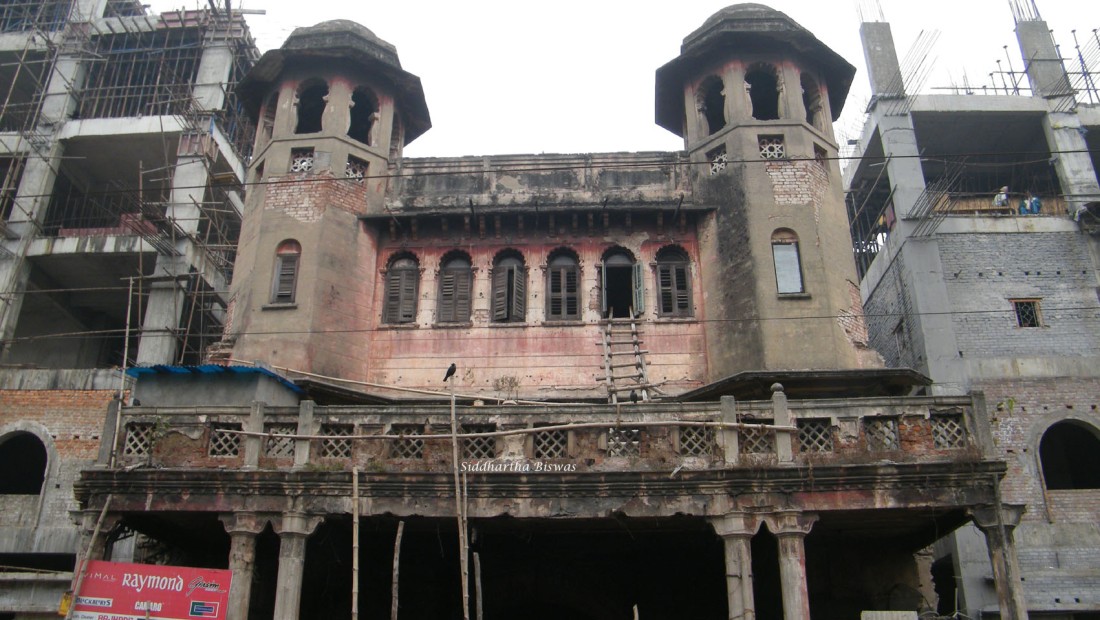 The old must go and the new must come. That is the natural order of things. I am not one who believes that everything should be fossilized. The new should be joyfully accepted and allowed to take over. The old should know their place. The old should gracefully adopt the role of the old. But that does not mean that the old should be forgotten or discarded; the old must be valued, cherished, and must keep existing as icons that inspire.

(Hospital Suburban Road still has a couple of grand mansions)

That is where the city can win. Each city has its own icons – buildings and structures, edifices that shock and awe. Along with great personages, these buildings also contribute to the identity of a city. 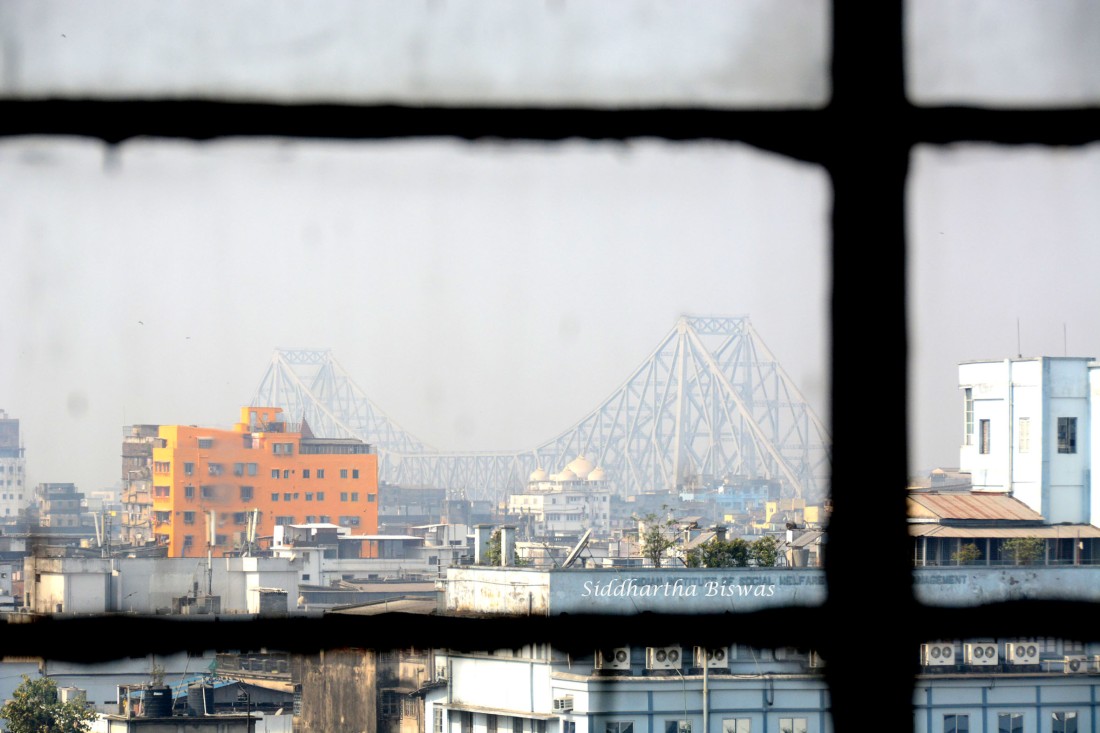 Amongst the new, which is sometimes amazing, sometimes swanky, sometimes ugly, at times simply stupid, the city can offer you sudden glimpses of the past that will leave you breathless.

I am not really talking about the touristy spots. There are plenty around everywhere. But there are nooks and corners in every city that give you the essence of that city.

I remember when our flight landed in Lucknow I was impressed by the Airport building. It was one of those old colonial styled red-brick things that announce that you have landed in a place that has its uniqueness. But the airlines bus soon took us to a glass and steel monstrosity that constitutes every major or wishing to be major airport in the world. You will have difficulty in separating the Lucknow Airport experience from that of Varanasi or Delhi or Mumbai or Kolkata or Hyderabad or Subarnabhumi or Heathrow. Apart from size they all give you the same ambience and same texture. The cities, unfortunately, are also becoming like that. 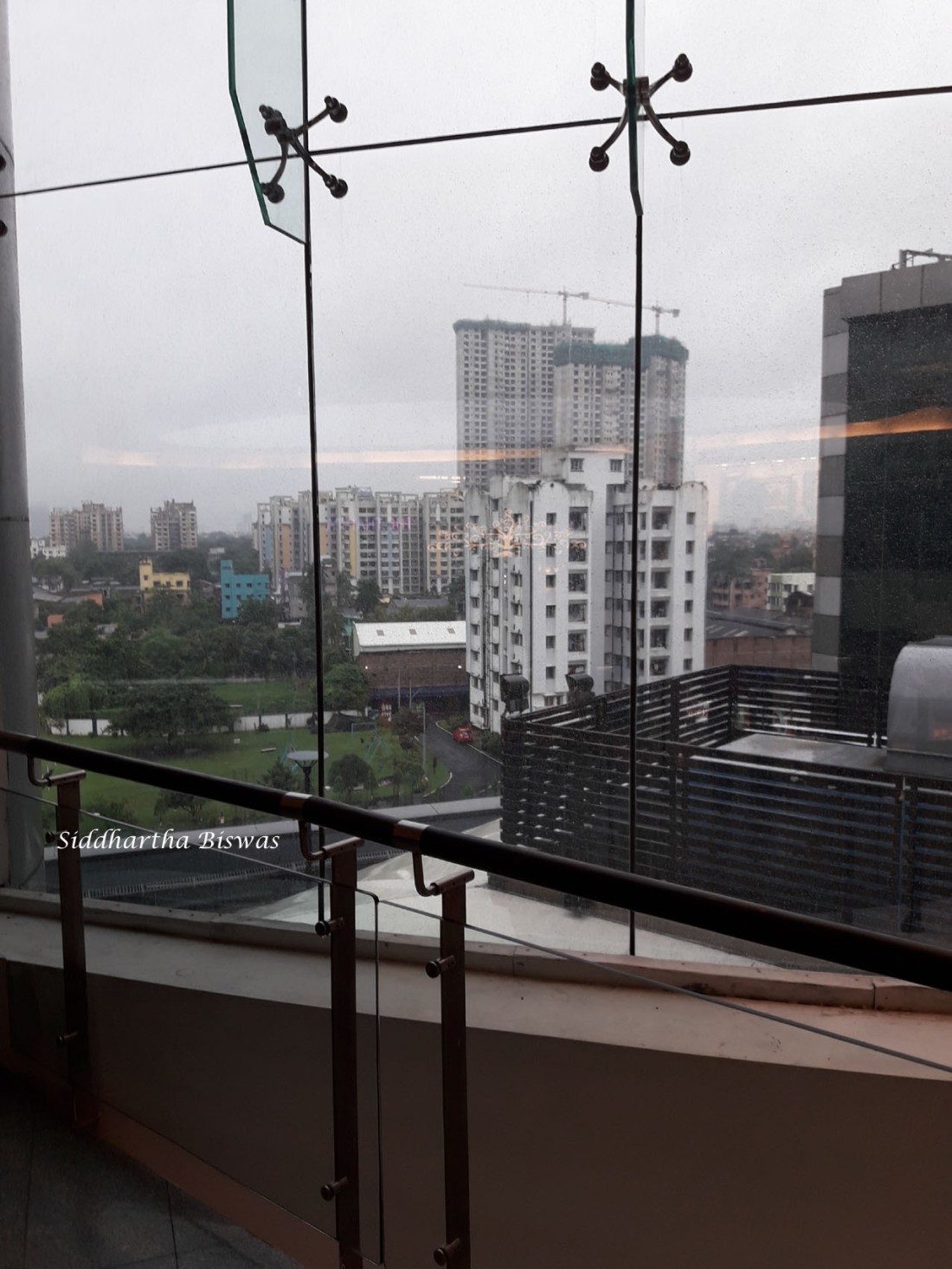 That is why the older parts of all the cities still remain interesting. They still present the aura of an oldness that is luxurious, that can afford glamour, can envision beauty. Most significantly, they defy the static and faceless functionality that we are ruled by. 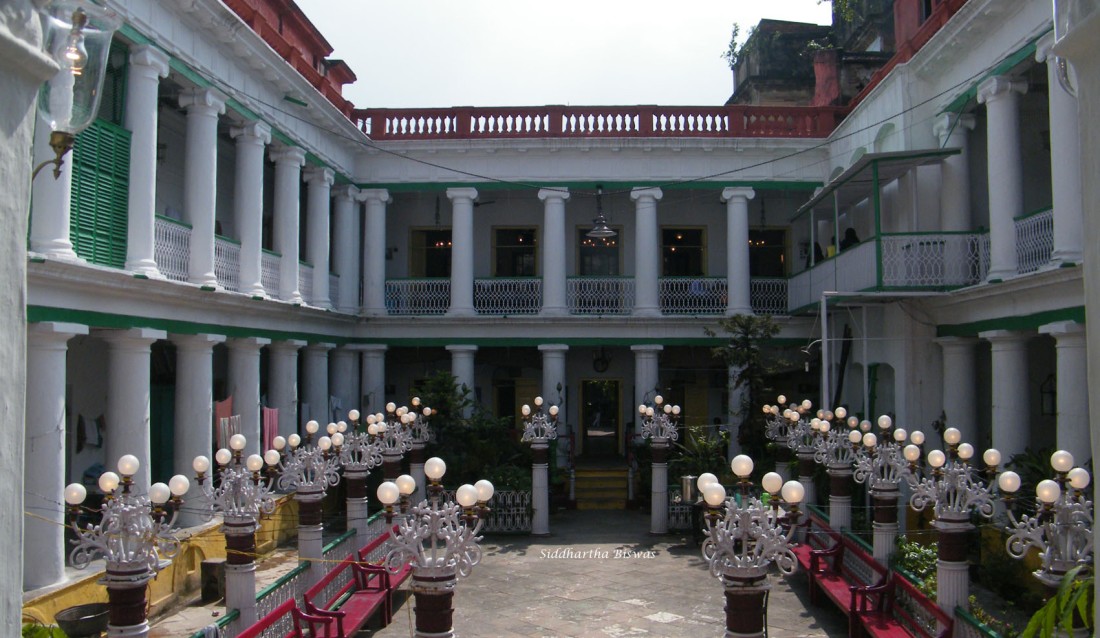 (Not far from Chittaranjan Avenue)

(Inside a mansion near Ganesh Talkies)

They speak of a time when each city could be different. None would have the burden of becoming hubs of commerce playing this ultra vicious game of survival.

Nowadays, even nostalgia has been packaged and is available in the market for a decent price. There are a non-ending number of heritage walks which more often than not take you for a ride – all they can provide are ill prepared guides, ill prepared plans and stories that hardly satisfy. There are few who are brilliant. But my advice would be to take good care and research well before you invest your time and money in any such.

Or you can simply do what I do.

I have a friend, who has been mentioned in these pages earlier, who know lots about the city. I call him and he takes me to these places. He loves to go to these places. We love to go to these places. It is a complete win-win situation. (Though I must warn you, this also includes a handsome amount of walking!) I am not asking you to call him. He will be extremely upset if you do so. Instead, just go out, google places. Use google map. You will be surprised how much you will find.

(Carvings found on the wall of a house in Pathuriaghata Street, the second photo shows the detail, I think Robert Langdon would be intrigued)

You don’t have to memorize history of each and every edifice or road. Some are so fascinating that they will stay with you anyway. Others will give you a sense of context, a sense of the grandeur that is now lost. But in our memory that grandeur can survive.

There is no difficulty as such. Just pick a road anywhere within the first borders of the city (roughly the Circular Canal on the north and Bhawanipur on the south, Ganga on the West and what is now APC Road on the East) and you will be amazed. Let me give you an extra hint: Rabindra Sarani (formerly known as Chitpur Road) is a treasure trove. 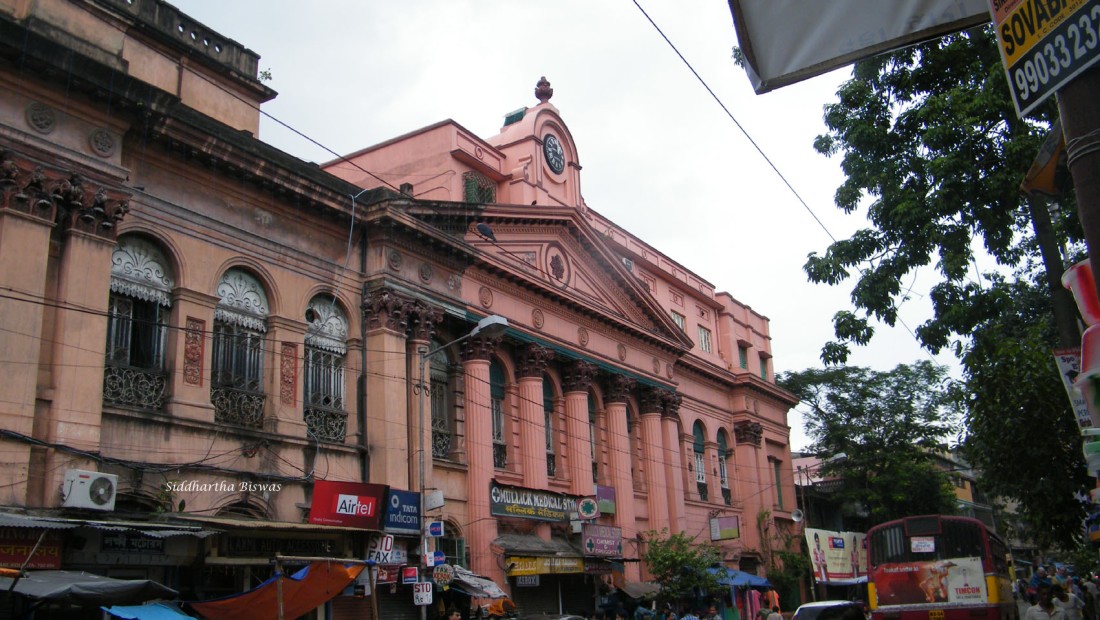 There are fantastic buildings beyond this map, but they were all pleasure houses and country houses of the rich and famous. Perhaps there will be a post about them another time.

If you love your city, do this. You will fall more in love. If you don’t love your city, do this. You may or may not fall in love. But you certainly will know the old place. You will come across people who are amazing. You will see how some are so greedy that they cannot see what they are destroying. But you will get to face some of the living relics that speak to us from the past. Get acquainted with them. They might just prove to be more fascinating than you think.