There are times when you just want to sit down and do nothing. No, I am not saying this because I am older now. It has nothing to do with age. The younger generations of these days know stress only too well. All of us, all the human beings actually alive, often have this urge to engage in nothing. You simply want to look at nothing while doing nothing and thinking everything. After all, isn’t nothing and everything quite the same? At times it is good to let the mind wander about. This is not a stress-busting thing as such. Many people find relief from stress through intense and hectic activity. Then there are those who eat. Some pray. And some love. Some manage to do all of that. But some, a category that famously includes me, like to find nooks and corners of the world where you can just sit quietly and enjoy the moving silence. There are actual places among all our cacophony that actually allow you to do that.

I have a specific favourite. Turn left from the Badrinath temple (in Badrinath of course). After a while you will find a path going up. Just follow it. About a kilometre’s moderate climb will bring you to a fascinating place.

Rishi Ganga flows through here. The path will lead you directly to Neelkanth Peak. The path is simple. You will never find a crowd here. You are truly far from everything. 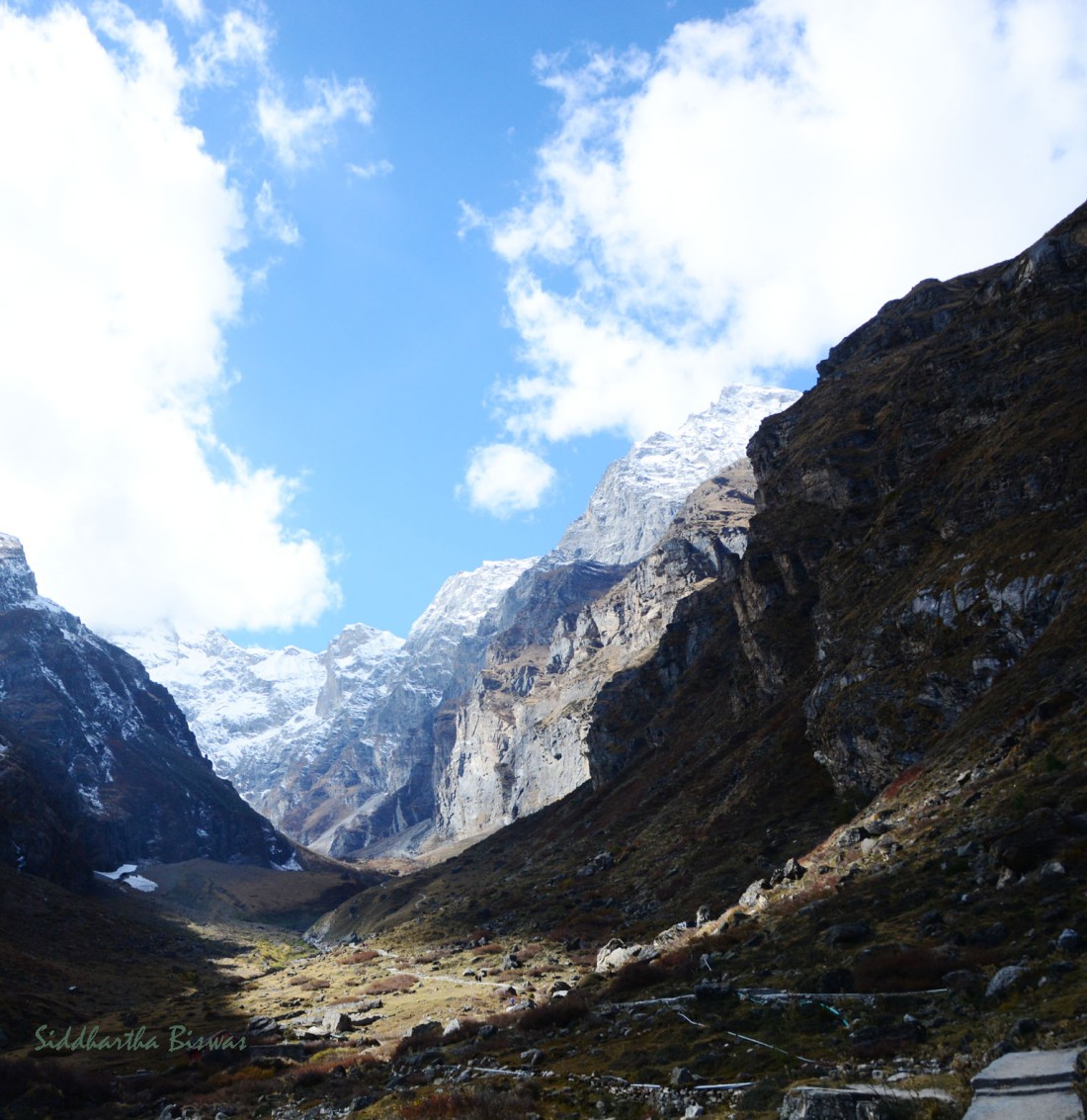 I often think about that place. I often think about many places – those that I have been to, ones I want to go to, and those I will never have the time to go to. There are so many kinds of places in this world. Some demand activity, some offer dazzling spectacle, some are fashionably fashionable and then some give you a brilliant sense of accomplishment. And then there are places which whisper absolute serenity. If you are looking for them, they will call you from their safely hidden locations in the maps. Some of them do evolve into glamour, if not notoriety, but most keep themselves out of the ken of the tripping hordes. Harsil was one such place. But after a particular movie, its images captured the imagination of the nation.

Not that Harsil has become ultra crowded or anything. It is still a quiet hamlet. The dilemma to go or not to go does not affect it any more.

It draws people from all around the country. It has become one of those prominent points on the map.

I love maps. They represent so much. I don’t have to care about the boundaries and political geographies and time constraints when I am looking at a map. The roads, the names, the feel of the maps freely take me to places I will never be able to go.

But, as I mentioned, there are times when maps point to places hitherto hidden. That is why quite often you will find me looking closely at a map. The maps do become kind and reveal remarkably reticent places. My love for the map of Uttarakhand is born out of the fact that there is always some little hamlet hiding in the hills. And if it has a GMVN bungalow, then you can rest assured you will find me there at some point of time. The first such place that I had found was Chandrapuri.

Other than the usual quest for quietude, I always prefer a couple of days calm and quiet after finishing a harrowing trip (which usually follows a harrowing period of work). We went to Chandrapuri after Madhyamaheshwar.

You can no longer go to Chandrapuri. The catastrophe that took so many lives in Kedar also destroyed Chandrapuri. It was a lovely little spot right in between the road and the Mandakini. In the hills traffic usually becomes sparse after sundown. There would be a few headlights in the dark and you would forget that there is world just out there which is too much with us.

Kanakchauri is a lovely village. 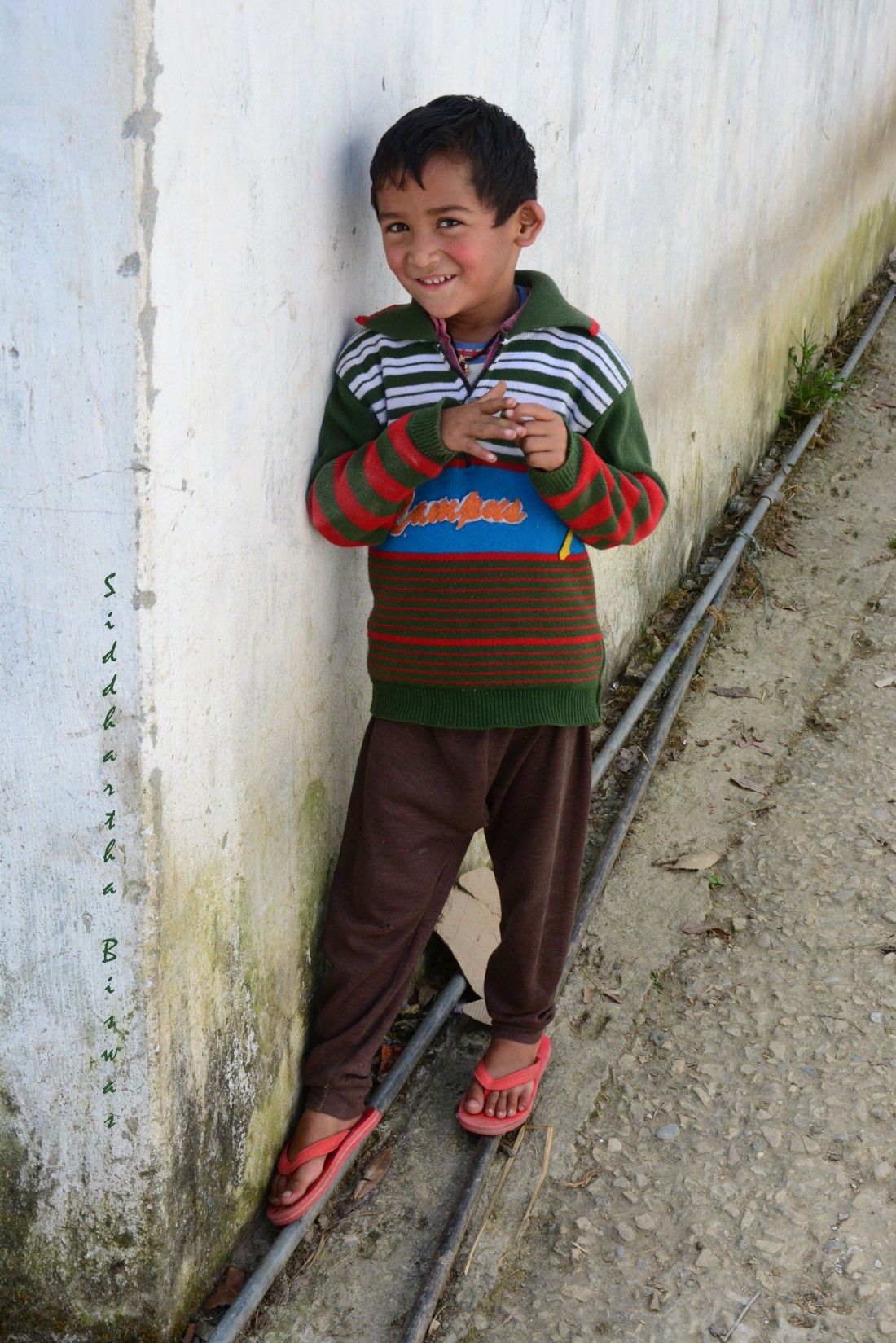 You get fascinating vistas once you start on your way towards Kartikswamy temple, but from the village you get calm green hills and valleys. 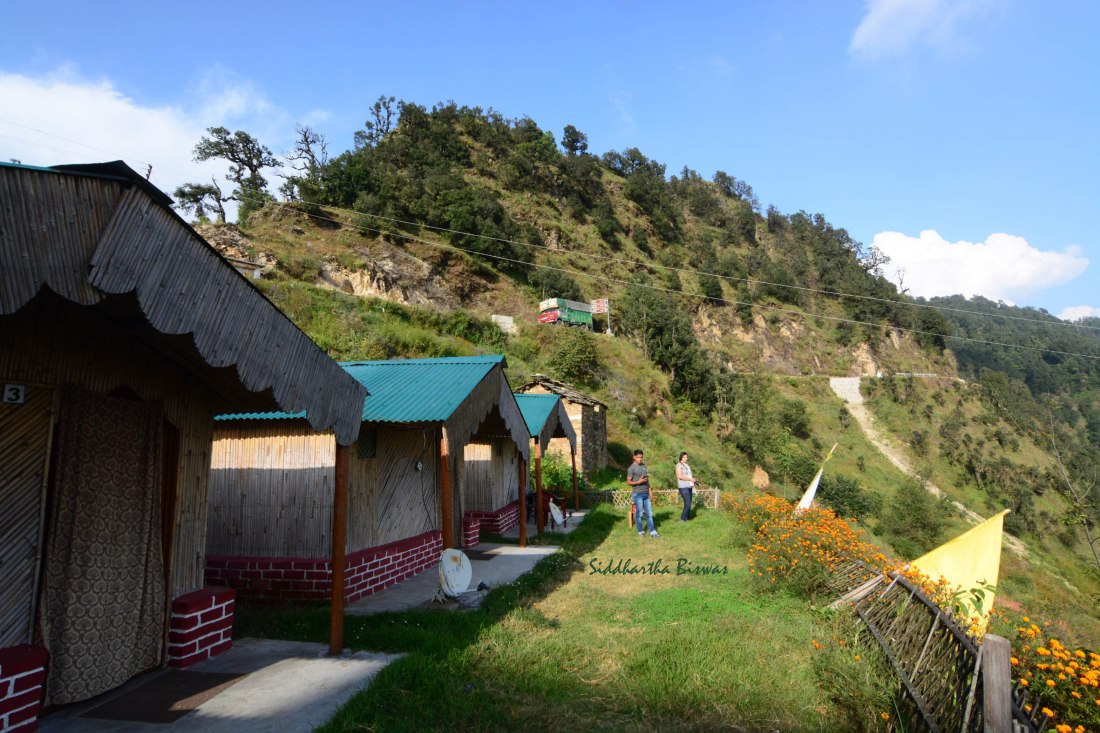 Dugalvitta doesn’t promise any activity at all. It has one small establishment on the wrong side of the gorge, giving you no view of the spectacular mountains. But the tranquillity is absolute. All you have to do is to walk for five minutes and you will get your snow peaks. But in Dugalvita nothing disturbs your sleep.

If you are scared of boredom, do not go there. But boredom is not necessarily a bad thing. Boredom can force you to collect yourself. In fact, I have a good friend who is collecting different kinds of boredom. If boredom is not depression, then boredom is only a severe lack of distractions. A couple of days of that can do wonders for your tech-taken head.

Jakholi and Raithal were simply brilliant. The map did not betray us. I remember sitting in a ‘share’ jeep in the middle of the day in the middle of the week waiting for fellow passengers. This was a place called Mayali. Only two others came for Jakholi. The capacity was ten. I paid for the other six. It was truly the end of the road.

And the views were unexpectedly grand.

If you love the hills, they always reciprocate. We spent a whole day sitting in the lawn, looking at the peaks, the mind wandering aimlessly, until the sun disappeared – can life be any better? To top it all, the people were friendly, helpful, kind. No guile. No suspicion. And lovely tea. That’s how life should be.

Raithal is the starting point of the Dayara Bugyal trek. But who says you have to start? We certainly did not. We were given a stunning cottage with lovely views. We did not want to leave. After Gaumukh, Raithal was exactly what we needed. 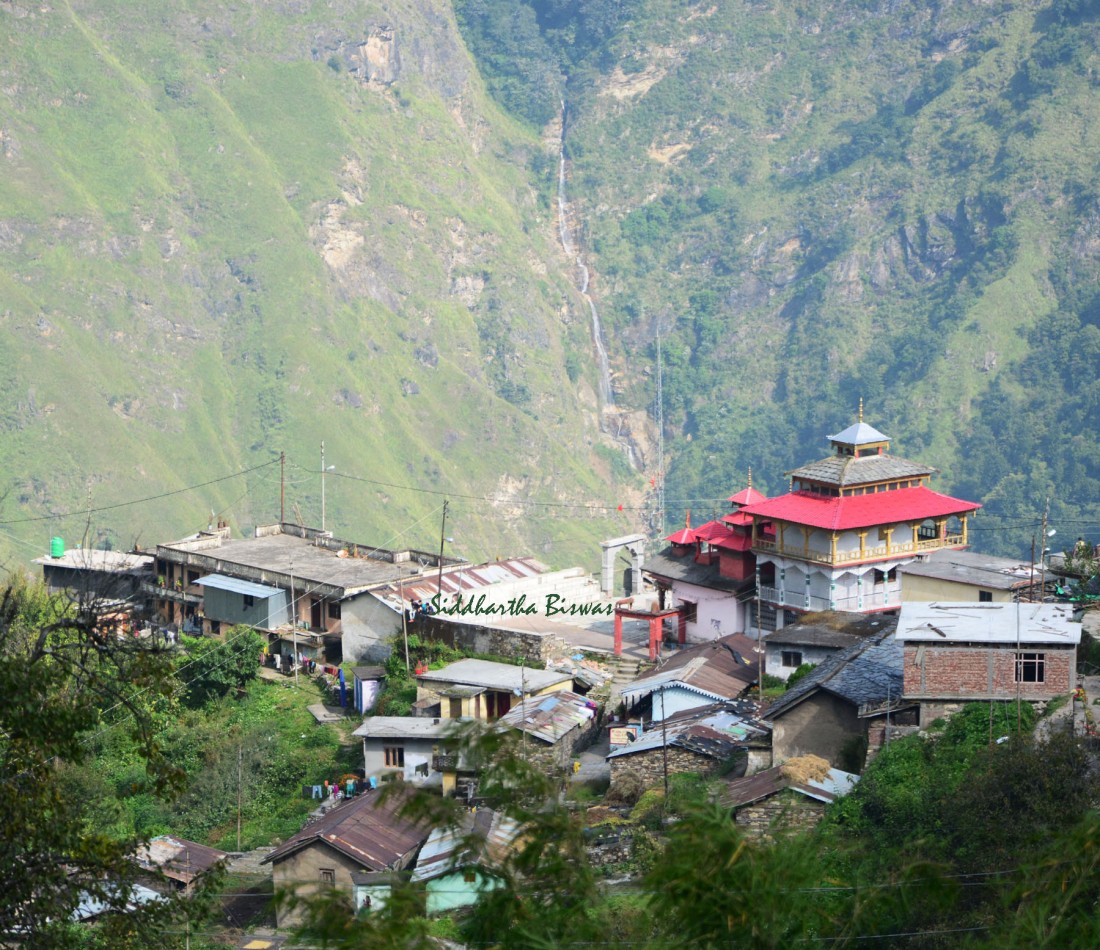 Meeting Dineshji was an added benefit. Here was this highly educated man (who is a major part of theatre in the hills) running a canteen and an organic farm. He also runs a business that helps trekkers. And I had a fanboy moment – a very rare one as I usually don’t believe in such stuff – when Dineshji introduced me to Bachendri Pal. I did not ask for a photo. That seemed too commonplace. She is one of the few real heroes I admire.

Raithal is the penultimate stop on that road. And that road is simply lovely. You can walk on without meeting a single man or vehicle. An entire day sees no more than a handful of vehicles. Everyone seems relaxed. Life seems worth living. Even though you know this is only a moment, these are the moments that make other moments tolerable. 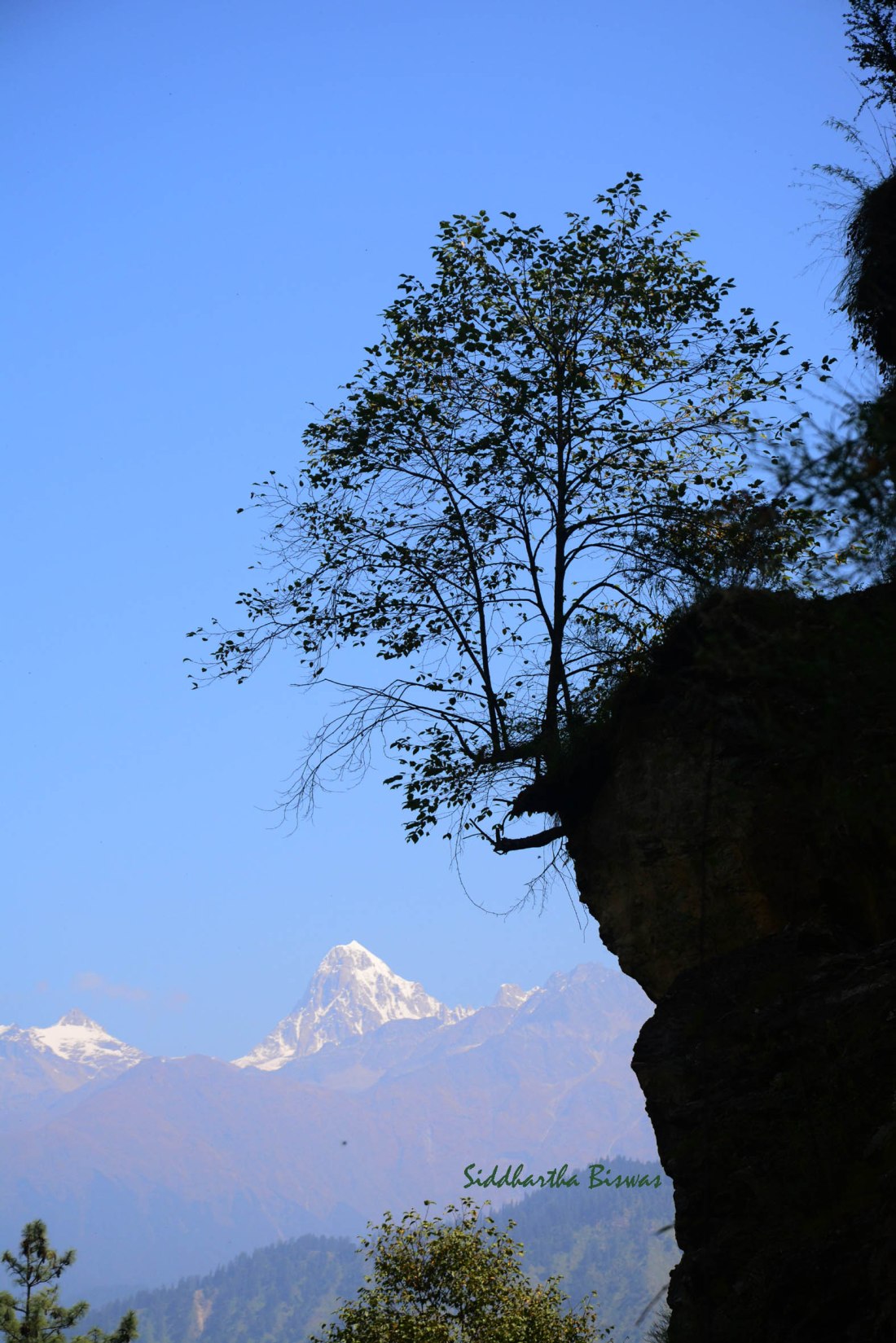 We are always in action, but such actions should be regularly interrupted by inaction. Be bored. Boredom is not always boring. Take a break. Breaks are necessary. Breaks tend to mend all that is broken.

7 thoughts on “Nothing Important”