Google map told me to go through the wall that stood in front of me. I have gone through many things in my life, but such an obstacle seemed a little too problematic for me. It was too high, and climbing walls is not exactly what I have perfected in two-score years coupled with half a decade. 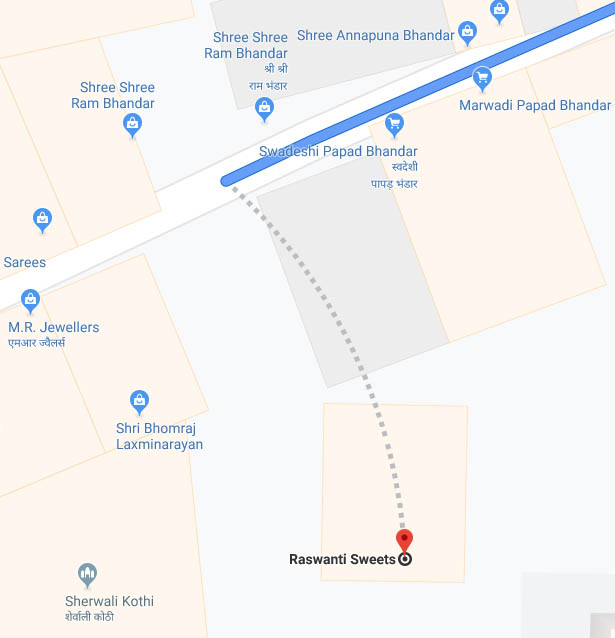 My experiences in the hills are strictly of the hiking nature, so climbing of any kind seemed inadvisable. Jaya, always mathematically pragmatic, advised exploration of the nearby alleys for another entrance. I usually like taking advice from people who are smarter than me, and this time I did exactly as she suggested, and used the method called ‘ask the most reliable looking person around’, and soon the wall ended and we had a nice clean path which promised to lead us to our destination. We had found guidance from a paan-wala majestically lording over his tiny paan shop.

There is a word of caution necessary here: if you are in Varanasi and not quite proficient in local Hindi, then shy away from talking to the paan-chewing crowd. You will have difficulty in understanding what they are saying, for it will seem like a hybrid of classical Greek and Swahili, and they will be highly insulted by the fact that they are failing to help.

Varanasi has wonderful alleyways. They are not only fascinating, but almost each carry a different and unique history. What else do you expect from such an ancient city? 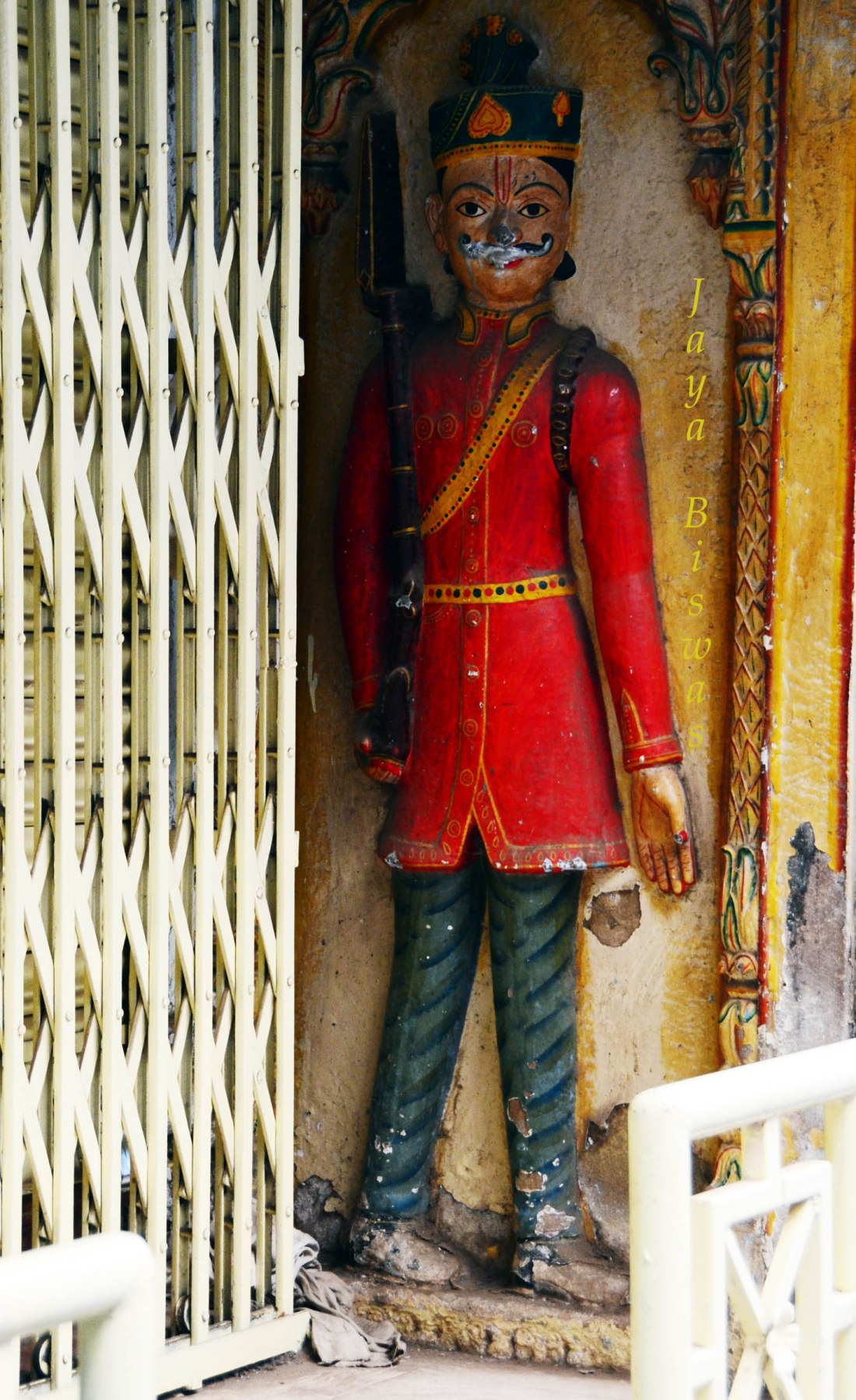 So when someone said that you can reach your target either through the main streets, braving the traffic snarls and tourists, or you can go through the maze-like network of alleys, braving bull-bullies, I chose the second.

Much to my delight Google Map showed me that it can navigate through those wonderfully narrow lanes. So we embarked upon the said journey.

Of course, our choice was dictated by the fact that we are amazed by people. If you are unimpressed by anything less than the Grand Canyon (which we also find amazing – I guess we amaze easily) then this will not impress you. These places are dirty, dingy, crowded, smelly and difficult to navigate. 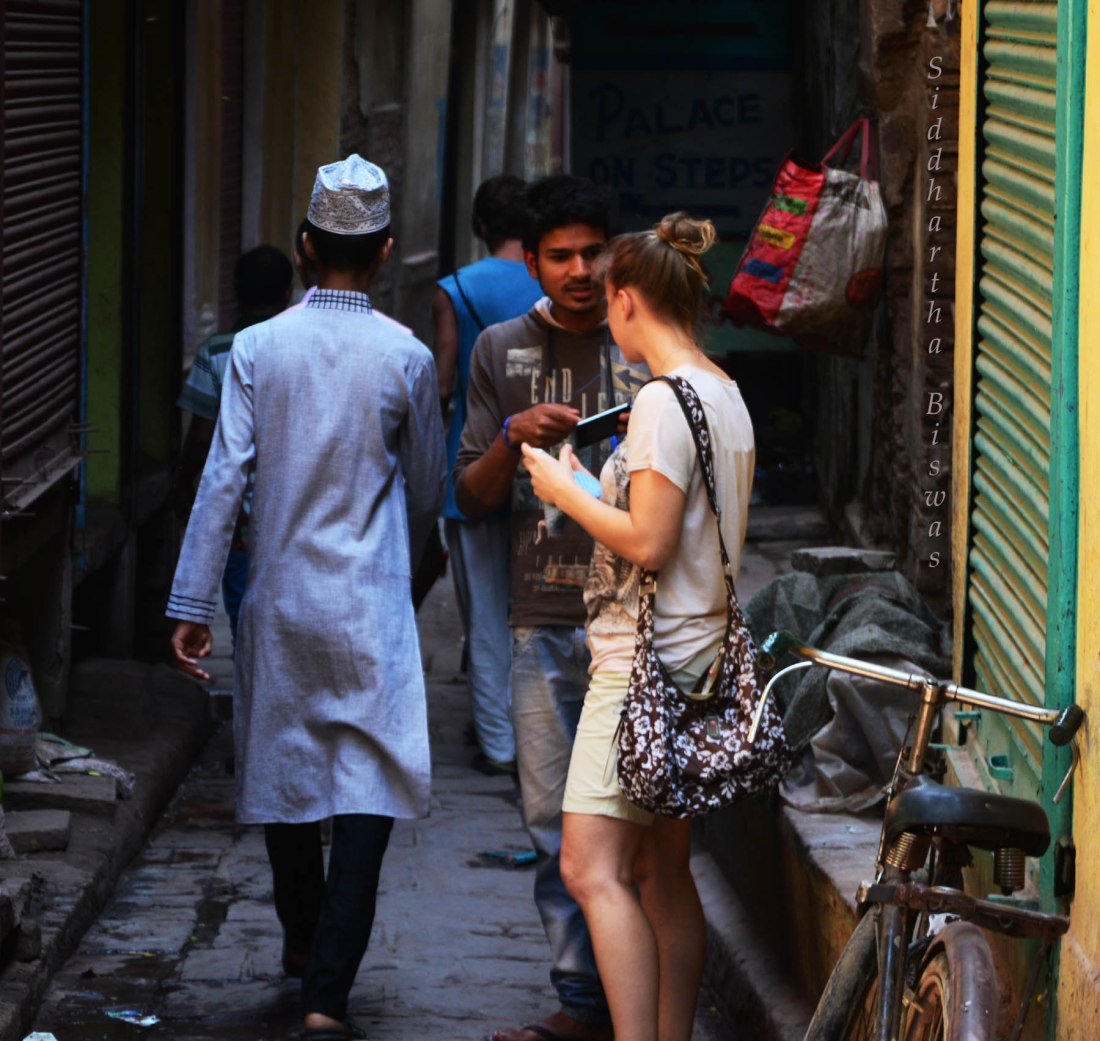 But they are fascinating for the sudden relics of a glorious past, for the variety of people selling a variety of stuff including the religious. 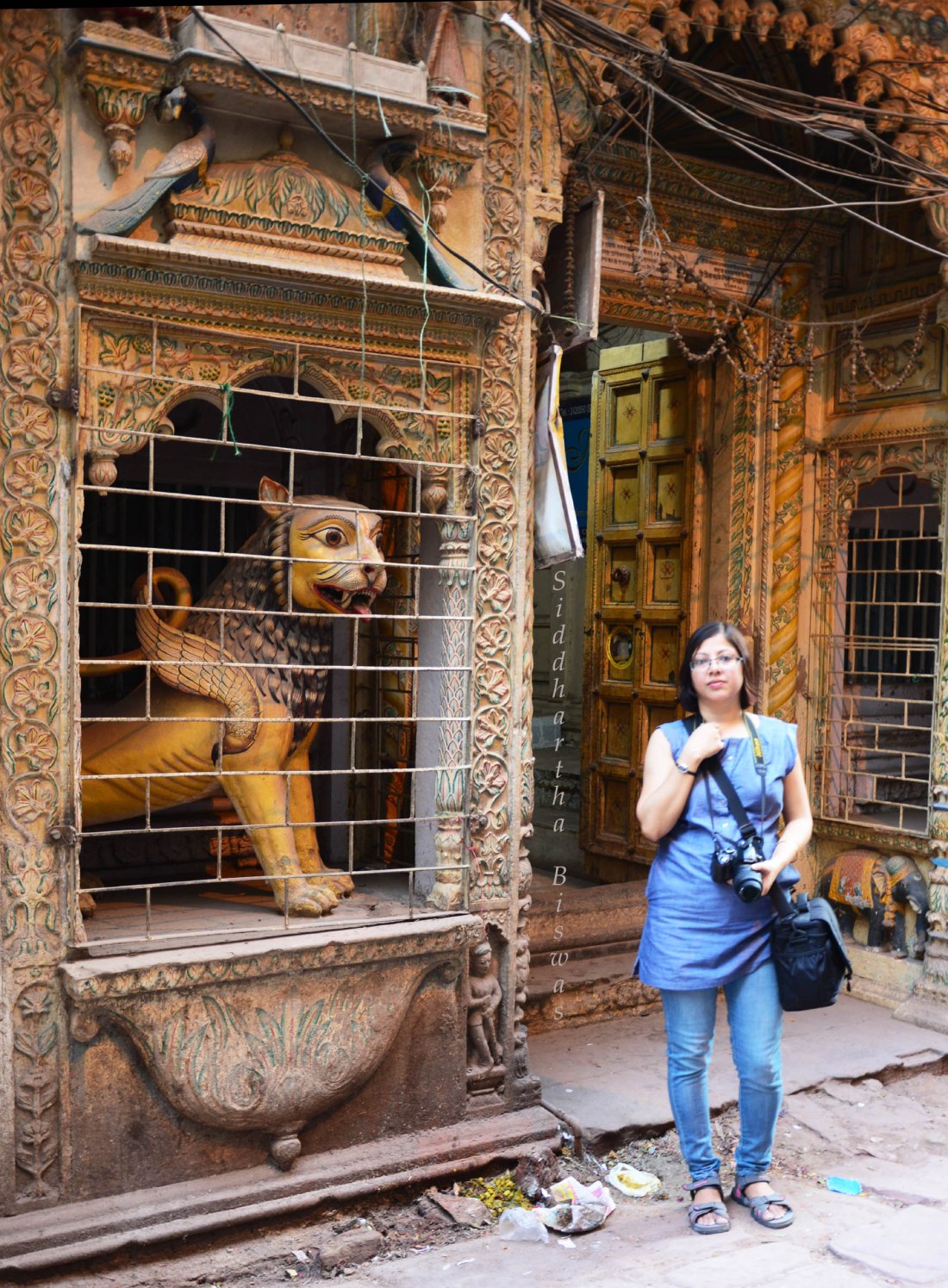 There are priests, policemen, peddlers, confectioners, conmen and so on. They represent practically all the elements of Banarasi life. 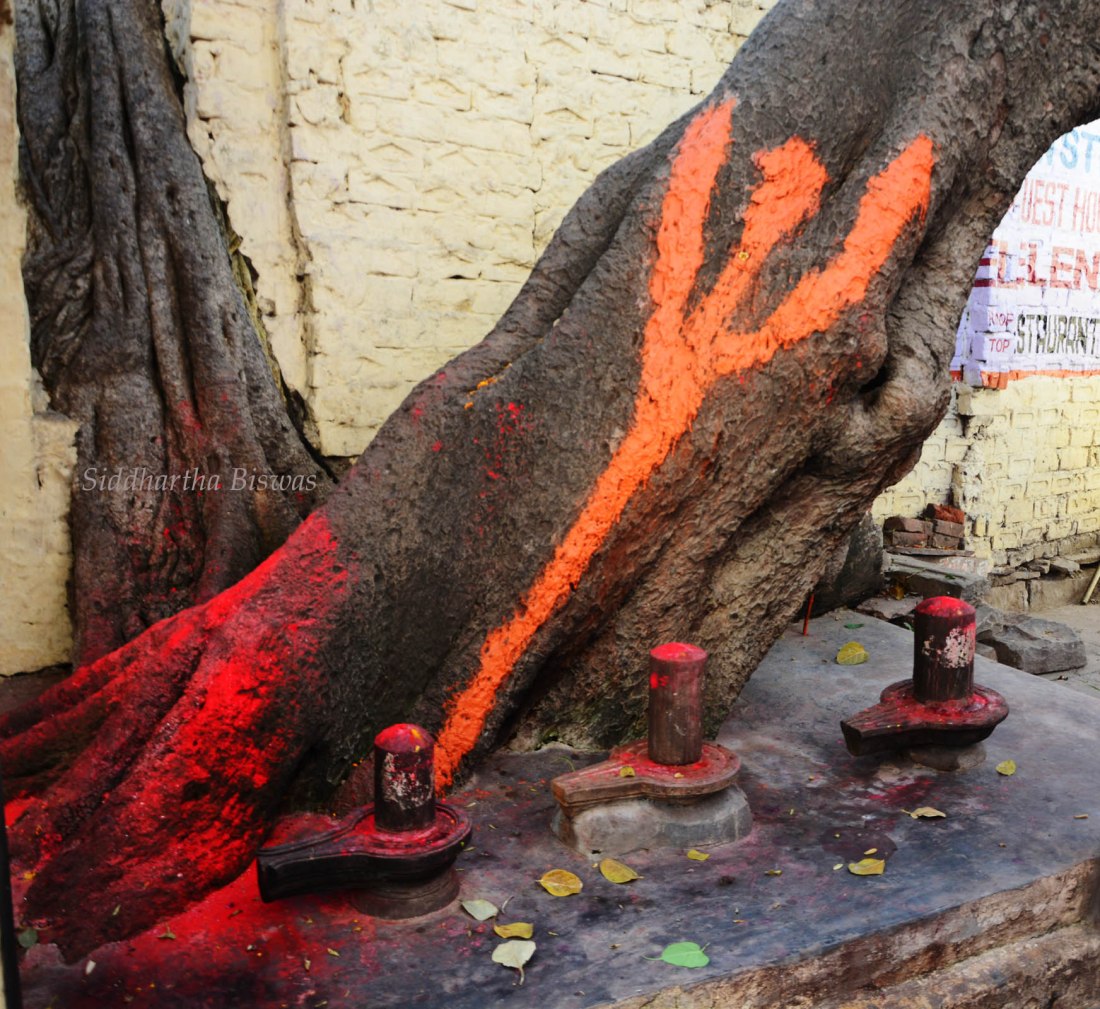 The alley started a few metres before the Dashashwamedh Ghat steps. It soon merged with Kachauri Gali. Occasionally we would cross an entrance to the Kashi Vishwanath Temple. The presence of men with guns and metal detecting gates made those entrances conspicuous. No signage was needed. With a variety of domestic life and a variety of small shops, these alleys reflected the age old life of Varanasi. The people seemed to be what they always were. Everything is steeped in tradition and associated practices.

We saw the young priests who perform the now famous Arati and when we smiled at them they beamed back. In Varanasi they are nothing less than superstars.

On the way we were surprised to find a shop which sells Malaiom. This is not your standard malai, but something that is made by some heavenly process that needs the wintry morning dew. And it is one of those melt-in-your-mouth delights. A Rs. 20 pot was quite enough for the two of us. Of course, as eaters go we are rather on the smaller side. The Malaiom gave us the vigour we needed. And in another 10 odd minutes we were standing in front of the earlier mentioned wall.

This was a quest for a specific shop, a shop that sells sweets. This was on our second trip; our first trip was during Holi and we were warned to stay away from sweets as they might have a generous amount of bhaang in them. Since we are not used to narcotic substances of that kind, we had decided to refrain. Varanasi is famous for many things and many kinds of sweets. Rabri and Malai and Peda are to be found everywhere and we were surprised by the quality of the products in the humble looking kiosk called New Bengal Sweets (it might have been Bengal Sweets or Bangali Sweets) in Godowlia.

But we wanted something much more authentic. My ex-colleague (who is no less than an elder brother to me) had suggested Shree Shree Ram Bhandar at Thatheri Bajar. In fact, it is one of the most premium sweet-shops in the entire city. A place everyone, including me, will recommend highly.

But we wanted something even more authentic, more steeped in local lore. And my friend had suggested Rasvanti. No one could argue with that. In fact, I later discovered that most people go to Rasvanti to order in bulk for occasions as significant as marriage and other ceremonies associated with mourning. This is the place which is not only considered for its quality or age, but is considered auspicious by many. This is no mean thing when we are speaking of a place as ancient as Varanasi.

The final alley, right next to the municipal water tap belonging to the colonial era (if not earlier), turned a couple of times and we came to a minuscule sign signifying Rasvanti Mithai Bhandar. But there was no shop as such. There was only one display case and the rest of the large room was where the sweets are made. You had to take off your shoes to get in – and Jaya did not want to do so as she was wearing complicated footwear. She decided to stand outside as I entered in an exploratory mood. My reception was somewhat unceremonious. A grand old man, in very simple clothing, came out of the shadows and berated me for being, well, in not so few words, dim-witted. Before I could understand what I did, the man went outside, in a very fatherly manner invited Jaya in – with her shoes on. I murmured about the signage regarding shoes and the friendly warning I had received from one of the shop-hands armed with a broom (which inspired my quick obedience). He gave that man a substantial piece of his mind, talking about courtesy to a guest who obviously had had travelled a great distance to be with him. By then we had realised that this man with an authoritative bearing was the authority. The moment we were inside his manner changed and he became a very charming man, and treated us with the typical Indian hospitality that we are generally choosing to forget. He apologised for his ‘shop’ and explained that he was having a bit of trouble with his landlord and had lost his original showroom, so his ‘manufacturing unit’ now doubles as his shop with one humble glass cupboard and one display cabinet. Not that it had affected his business in any way, but it left him with a defeat he wanted to avoid. 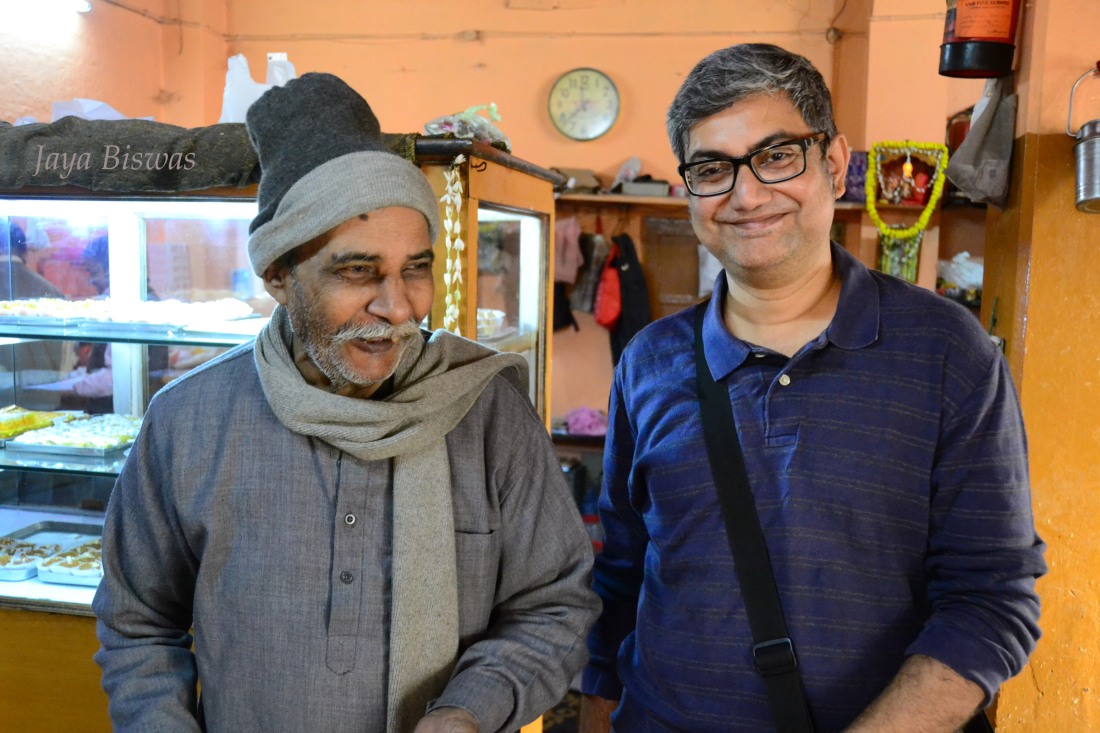 Even before we had ordered anything, he started treating us to a variety of products from his ‘house’. The eponymous rasvanti was a tad too sweet for our taste. But we loved most of the other stuff and ended up ordering a year’s supply of sweets. We finished them in two weeks. Those sweets travelled with us on two planes as Indigo, on the return journey had sent us to Delhi and then to Kolkata! But I have already told you that story.

The gentle old man further treated us with his story. He was very happy to know that we are from Kolkata. He had started his life in Kolkata in the fifties. And after an array of adventures he had come back to Varanasi in the sixties. Since then he had been associated with Rasvanti. He spoke highly of Bengali people and quite frankly told us not many Bengali tourists manage to reach his shop. His pride in his products was genuine. And the fact that we had made all this effort to reach him was something he appreciated genuinely. He said in a forthright manner that he believed in honesty. As long as he was alive, Rasvanti would produce good honest desserts. They would not use any gimmick, they would not use any material that is less than the best, and they will never cheat anyone. That was his philosophy of life. He passed away early this year. I only wonder what will happen to Rasvanti. Without a man like him at the helm there is the fear that they will choose the modern business strategy of making money at all costs.

What was amazing about this experience was not only the shop, but a glimpse of true India believing in integrity and hospitality, and the fascinating journey through those lovely alleyways.

This is where you find the old city of Benaras; not in the touristy ghats with fascinating Arati shows or in the morbid pleasure of staring at wooden pyres with burning bodies (I have actually seen tourists – both foreigners and Indians – practically ogling), and the posing and imposing sadhus. 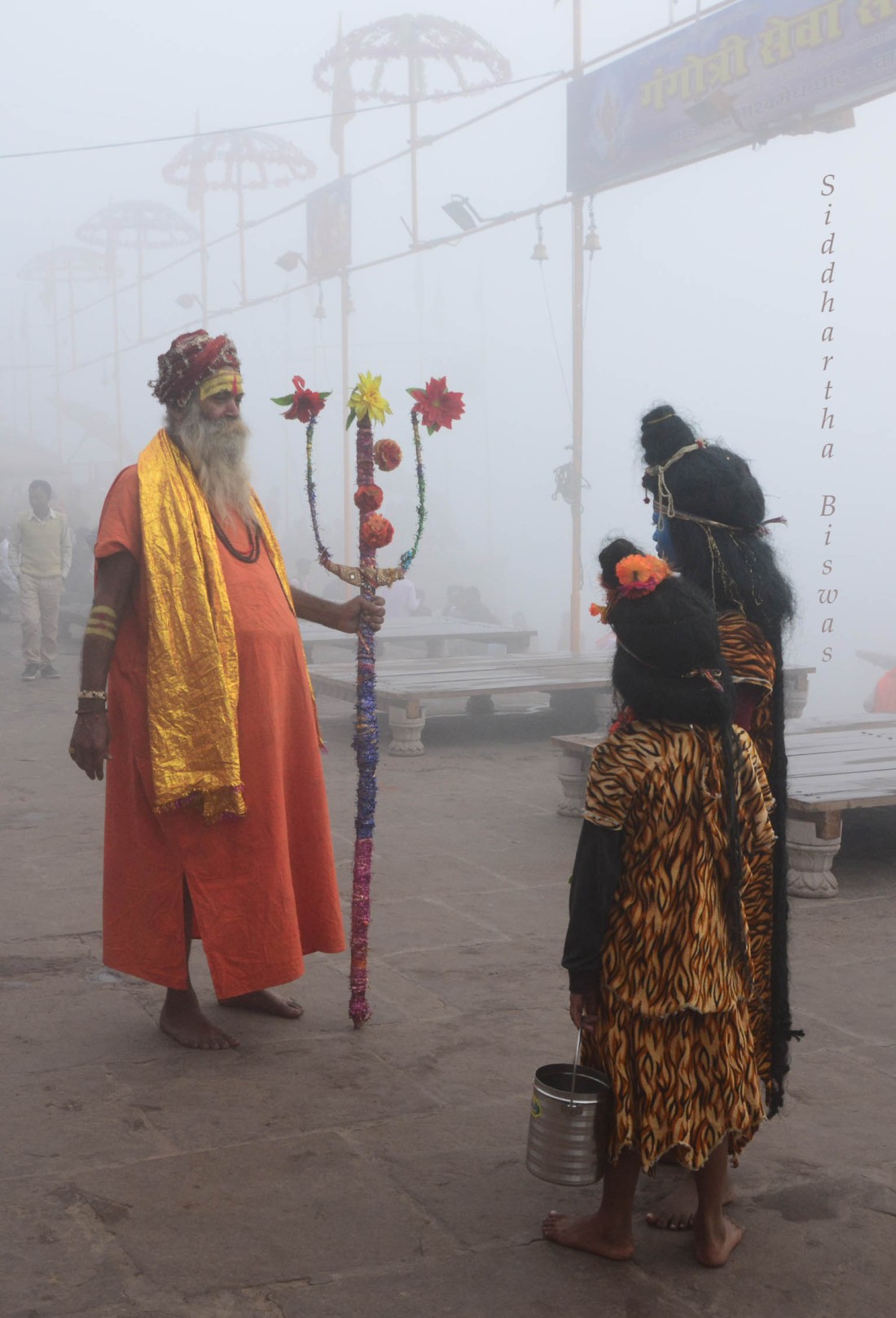 This is one thing you find in Varanasi these days – fashionable sadhus and ‘model’ sadhus. The first category of sadhus move around dressed in religious regalia (as shown in the photograph above), you take one photograph and either you pay good money or get abused with the choicest expletives; the latter are more considerate, they ask for money before posing. Once paid, they will give you the best spiritual expressions money can buy.

Varanasi is a paradoxical place with the past glory and honesty mingling with present pretention and propaganda. Once a seat of learning, integrity and shelter, this city is now turning into a city of commercial politics. And a politics that is not merely superficial, but is corrupting the spiritual and destroying the sublime culture of India that once spoke of tolerance and fraternity. Men like Chacha from Rasvanti are slowly vanishing. What we are left with is a breed that does not shy away from using anything, even tradition and religion, in the name of political and commercial profit. Let us hope earnestly that Varanasi will lead once again with its light and its enlightenment and fight the corruption that plagues us all the time. 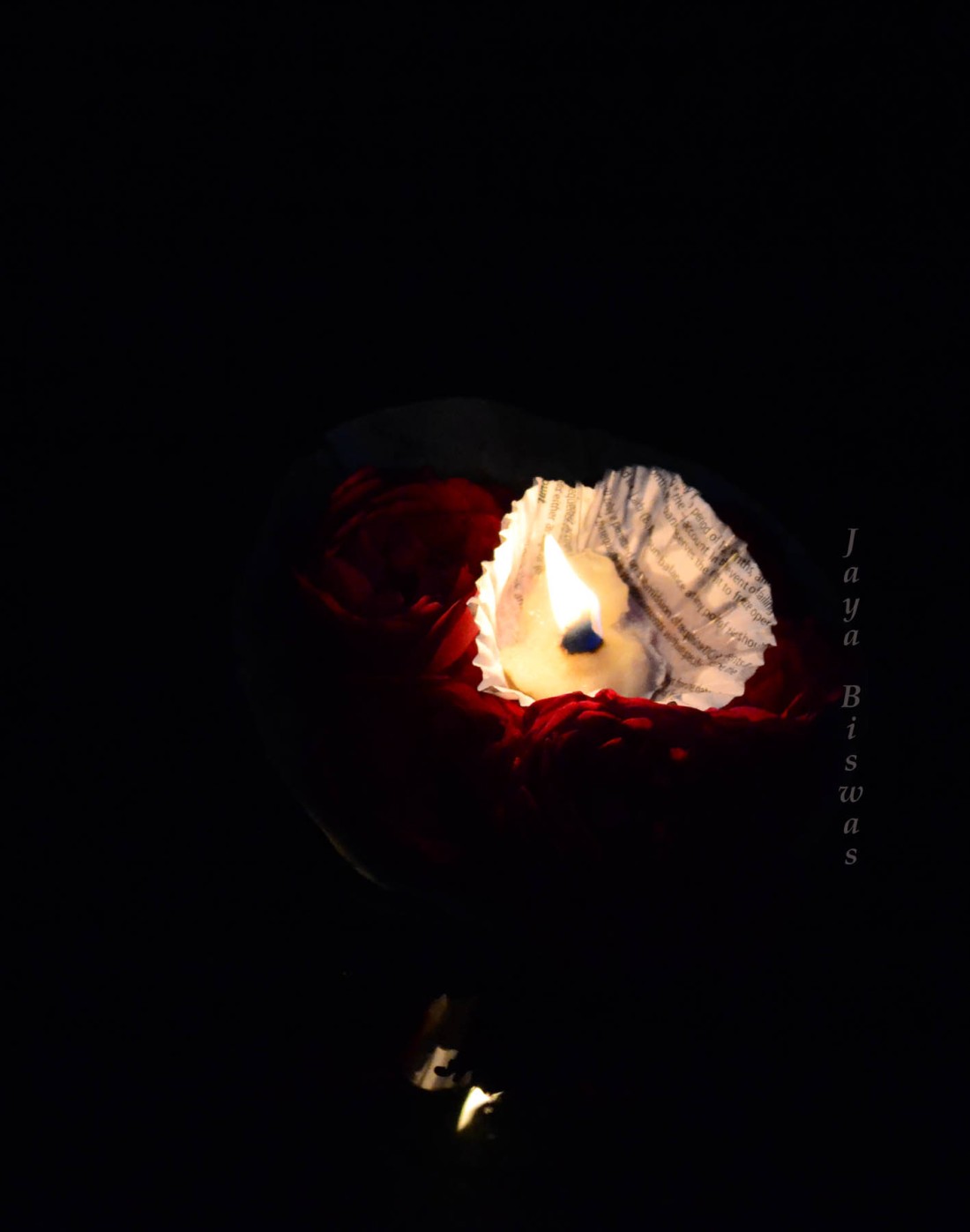